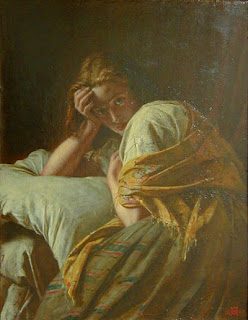 So...almost a year ago I had to have surgery. Nothing that most would consider "serious." Girl stuff. Where you sit stuff. Stupid stuff. I've been told that I will have to have another in a couple of years. Don't know why they didn't just take it out when they were in there. Stupid medical community. Not like I'm having anymore kids. I've already got four and I'm 44. Stupid. Doctors.
Anyways, that's not really what this post is supposed to be about.
Due to said stupid surgery, I gained 10 pounds. I laid around. I did nothing. I. Did. Nothing. How long does it take to recover from a surgery that went well coupled with a difficult recovery...reacting to the medicine...throwing up...pulled stitches...bruising...disgusting.
My point is it has been a year. Almost a whole year and what do I do? I weigh 10 pounds more. I lay around (nap every day), I do nothing.
I had this self-relization while washing my hair at 3:15 in the afternoon today so that I will look presentable enough to pick Runner up from track practice. So that I won't look disgusting for when Spartan comes home. Now I know that I battle mild depression, but this is absolutely ridiculious! Enough is enough! Enough. I. Say.
So, what does this have to do with you? Nothing really. I am sort of using you as my sounding board. My motivator. My supervisor as it were. Starting Monday, I am going to post for five days exactly what I do (or don't do). I'm hoping it will be a form of shock therapy to jolt me out of my lethargy.

Bitch, gripe and moan...that's what friends are for!

I know this is hard but I take meds for germs; what helps me, is to get out of the house, which I would stay in 24 hours a day, get out and go do something, anything, or center on helping someone else, so you are not thinking all the time. sometomes I just get so tired of thinking, do you?
PS forget the weight now and work on the healing of the mind first, the rest will come. xo

L, you are taking the first steps to doing something...you are planning, and talking, and bitching, and being honest. Awesome! Don't be afraid to complain a bit. It helps. You know how I feel about that weight...forget about it! You are gorgeous no matter what! Spartan is lucky to have you.